Craft brewing has taken the world as a blissful storm, but most people wouldn’t expect to hear that there is a Peruvian craft beer scene booming – yet there most certainly is!

In Peru there are no bounds when it comes to creativity and brewing, as it is home to a diverse range of Andean grains and fruits. Even the health conscious and organic enthusiasts will be surprised, as Peruvian craft beer has drawn on this trend using all natural ingredients available. The presence of a rich agriculture allows brewers to freely experiment with ingredients, and maintain traditional flavors that the Peruvian palette is familiar with. By using native products, Peru is now the home to a series of creations that you won’t find anywhere else on the planet, encouraging brands to raise their game and keep innovating. This is what makes the brewers in Peru excited, passionate and eager to compete with each other to continue developing their niche.

As one of the first brewers on the scene in Lima, Cumbres has developed a unique range of artisan beers, encapsulating the essence of Peru’s rich natural ingredients to yield some off the chart flavors. The brand has always had its roots embedded in Peruvian heritage and ancient culture, which is transmitted through their range of beers. Drawing on the more traditional grains such as quinoa, and exotic fruits like maracuya, they have delivered a series of products each possessing its own dramatic and unique twist.

1. Maiz Morado – A purple corn based beer that has fruity notes and a smooth distinct flavor. The corn is also used to make chichi, one of Peru’s most popular soft drinks.

2. Quinoa – As the legend goes, the Inca’s used to eat Quinoa before going into battle to give them extra strength. This beer is no different and has a strong hoppy taste – ideal for warriors and real beer drinkers.

3. Coffee Beer – Produced using roasted Peruvian coffee beans from the lush jungle plains, this brew is slightly bitter with a strong after taste.

Peruvian beer brand Nuevo Mundo is the creation of French masterminds Alain Scheneider and Yann Lemaire, who through their distinct brewing method of fusing Belgian style beers with Peruvian grains have produced a series of “New World” beers. Their intricate brewing process is carried out with utmost passion and dedication, resulting in a selection of quality brews. Using a local Peruvian artist to design the labels for their beers, the branding adds and plays on different cultural aspects in Peru, separating them apart from their competitors and adding to the company’s distinct identity.

2. Panam – Another light Belgian style pale ale that can be enjoyed with fish or meat.

3. Pampa – This brown porter is made using Peruvian coffee and cacao, giving it a smooth and creamy finish.

4. Amaz – This amber ale had a deep golden color and a strong aftertaste, which comes from its rich hops.

Although Cusco doesn’t boast as many breweries as Lima, the craft beer movement is underway with a small handful of local breweries operating in the Cusco region. The Sacred Valley Beer Co. was the first real artisan brewery to kick off in the region, and has quickly become a market leader. Their creative use of ingredients and relentless passion clearly pays testament to their on-going successes.

The location of their brewery is what really set this company apart. Set in a valley at almost 2900m, standard brewing techniques have to be recalibrated and carefully thought out because they are not the same as when at sea level. The difficulties don’t end there, as getting new equipment to arrive at their plant can be tricky too given their remote location. Despite all the hardships, there is one key advantage that this location has over other: the access to the cleanest and freshest water that comes directly from the surrounding glaciers in the valley.

1. Chicha Pilsner – Produced with a Peruvian jora, a corn native to Peru, it packs a fruity and zesty punch.

2. Roja – This red ale is made with a local cactus seed called Ayrampo, giving it a slightly spicy twist and unique flavor.

3. Coffee Stout – This unusual brew sits on Peruvian coffee beans and cacao nibs for four days before being bottled yielding an extra creamy foam that is delicious.

4. IPA – A super hoppy India Pale Ale made with local ingredients, which is heavy on the stomach but bursting with an intense flavor.

In the heart of the bohemian Barranco district you will find Lima’s most modern craft beer brewery, the Barranco Beer Company. Owners and cousins Andrés Lefevre and Maurice Lefevre opened in June 2013 and Andrés can date his interest in beer brewing back to his grandfather’s 15-year tenure at the Pilsen Brewery in Callao. I guess you could say they have always had beer in their blood. They have carefully blended tradition and modern craft, in the two-story gastro pub that proudly boast the most advanced brewing technology in Lima and rather feels like you are entering Willy Wonka’s chocolate factory to source an exotic elixir rather than drink a pint of beer.

Barbarian is “beer with attitude” as their slogan goes and you can’t deny it. The company was one of the pioneers in the craft beer movement starting business in 2010. The brainchildren of the business all met at university and come from an industrial engineering background. When the three friends from Lima turned their hobby of brewing into a full-fledged beer company, there was no stopping them and the company went from success to success. So much so, that earlier in 2016 they opened their first bar, where you can head for a pint after work and try one of the many brews that are on offer.

1. Barbarian Red Ale – By far the easiest to drink and smoothest of their beers, that has a distinctive red amber glow that comes from the caramelized malts they use.

3. 174 IPA – Careful with this one as it packs a punch at 8 % alcohol that is complimented by a rich and full after taste. 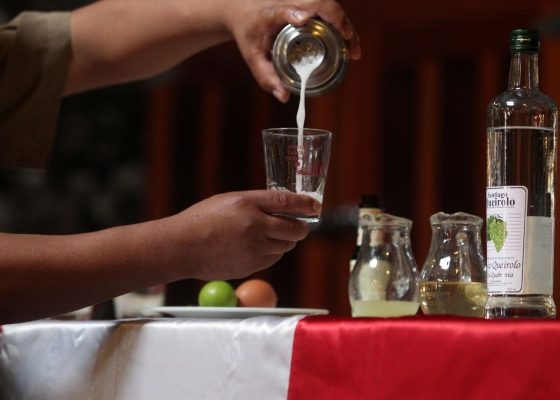 Peruvian Pisco: The Spirit of a Nation 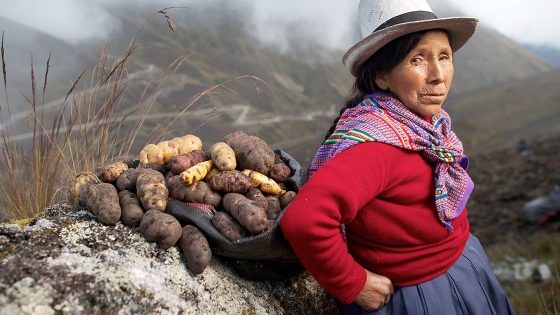