An exceptional place to visit in Lima is the Archaeological Sanctuary of Pachacamac. It was the most essential place of pilgrimage in the Central Andes in pre-Hispanic times.

Its construction began during the Lima Culture (200-600 AD) and, it continued as a sacred space when taken over by the Wari Culture during the expansion period, between 600 and 1100. During these years, the ceremonial center began to receive hundreds of pilgrims arriving from the sierra through an extensive network of roads that converge at this point of the Lurín Valley on the coast of Lima.

As in other parts of the city, the presence of the Yschma culture has been found at the site, and after them, around 1470, the Incas continued the construction of dramatic buildings such as the Temple of the Sun and the Acllawasi, also naming this great religious center as we know it today: Pachacamac. These cultures not only gave form to the largest archaeological monument in Lima (currently it occupies more than 465 hectares), they also gave us creation myths, characters and “huacas” (sacred sites) that create and recreate the landscape we observe, such as the characters Cavillaca and her daughter, who remain in the form of islands in front of the sanctuary.

Why People Visited the Sanctuary

Pachacamac served as an oracle, that is, a place where the future of a group or individual could be told. In the sanctuary was the idol of Pachacamac, a sculpture carved in wood, whose name meant “he who gives life to the world” and who held the great ability to generate telluric movements. Access to his temple was restricted; those who wanted to make a query to Pachacamac had to fast for several days and, upon entering, walk backwards without looking at him.

The Spanish, led by Hernando Pizarro, unsurprisingly refused to follow the rules of the temple, despite warnings; they were disappointed by the sanctuary’s scarce amounts of gold and silver, and set fire to the holy place.

Recent ethno-historical studies have found a link between two important religious traditions of Peru, the traditions of the Catholic sect of the Lord of the Miracles (or Christ of Pachacamilla) and a silent tradition of the African and indigenous community during colonial and republican times that would have its origin in the pre-Hispanic veneration of Pachacamac. In October, purple month and month of earthquakes, the most important procession of the coast takes place, one that has spread throughout Peru and has even reached other foreign cities, such as New York and Madrid, through Peruvian migrants. Despite evidence linking the celebration with Pachacamac, the Brotherhood of the Lord of Miracles prefers to deny any relationship with pre-Hispanic pagan devotions. Still, it is interesting to compare venerations and evaluate continuities and cultural ruptures.

Along with the knowledge of the history of the sanctuary during pre-Columbian and colonial times, and the influence its rituals may have had on a religious tradition that still exists today, we can add the extraordinary beauty of the ruins, its monumental strength preserved in the mud walls that still hold fragments of color.

Pachacamac remains steadfast in its perfect meeting place of the desert coast and the green valley of Lurín facing the sea, a landscape that attracts renowned artists and invites scholars as well as national and international tourists to make new pilgrimages every day, and perhaps for several more centuries. 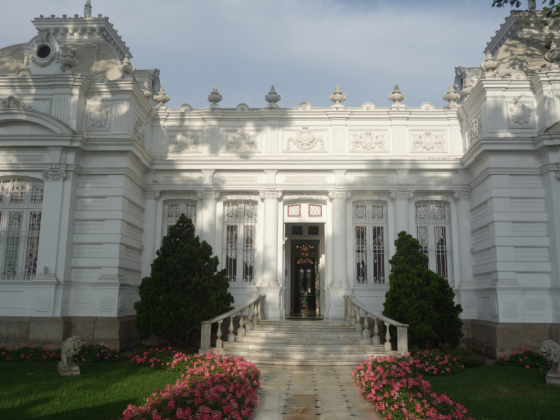 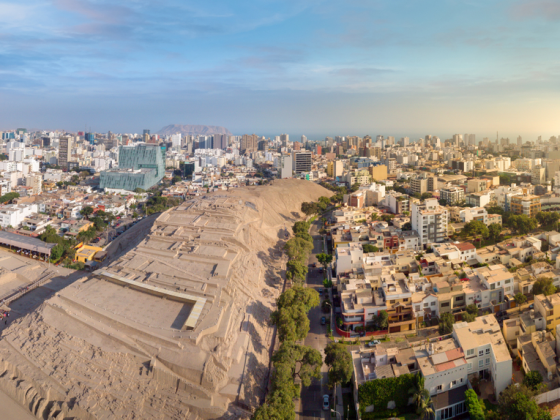