There are three foods that are ubiquitous across the Peruvian Andes: potatoes, quinoa and corn. “Chicha de jora” is the quintessential South American native corn beer, and has emerged to become an emblematic Peruvian beverage.

Traditionally, brewers used the enzymes in their own saliva to start the germination process and release the starch, in other words they spit in it. You may now be thinking that this Andean elixir may not sound particularly palatable, and could in fact be an elaborate Peruvian practical joke played on innocent tourists. Rest assured, it’s not – we promise!

The legend has it that during the reign of the mighty Inca Tupac Yupanqui government, a series of bizarre consequences led to the accidental discovery of the drink.

One day when the heavens opened and the heavy Andes rain began to pour, the silos in which the corn was stored filled with water causing the grains to ferment and turn into malt. When a local starving peasant stumbled upon the malts, his desperate situation forced him to drink up what was left. Little did he realize that by now the contents of what he had consumed were alcoholic, leaving him completely inebriated. After such a humble discovery, “Chicha de Jora” was destined to become the main beverage of the Inca nobility, playing an important role in religious and social ceremonies.

Archaeologists estimate that the beer was discovered around 5000 B.C, as evidence of early pottery and vessels that were used to grind the corn and store the chicha were discovered in the Andes and around Machu Picchu. The origins of the name chicha, are equally as blurred as the drunk peasant who discovered it. However, the word isn’t the original Quechua name for the drink, but was coined by the conquistadores following their conquest of the Andes. Other historians claim that the word is derived from indigenous languages used in Panama, Colombia or in Mexico, whilst others say it comes from chichal, to spit – which, as it turns out, would be more than well suited.

For the Incas and many Andean groups drunkenness was a means to spiritually communicate, develop important friendship bonds and instill a firm sense of community. Sound like another Friday night?

When the Spanish conquistadores arrived in the early 1500’s, Inca Atahualpa offered a gold-plated “Kero” (drinking vessel) overflowing with “Chicha de Jora” to the Dominican priest Vicente de Valverde. Ignorant, dubious and uncertain as to what was being offered, the European threw away the beverage, believing he was going to be poisoned. However, little did he know, but this ancient tradition was an offering to facilitate starting a conversation.

In Incan belief, sharing chicha was seen as an act of friendship and understanding, but was also savored for important ceremonies. Regularly consumed by the bucket load in these rituals, it served to break down social barriers, inspire music and dance, and connect them with the Apus. First it would be offered to the “pachamama” (Mother Earth in Quechua) by pouring a little onto the ground below, acknowledging gratitude for the fertile land where the corn grew. The “Kero” would then be raised skywards to salute the “apus” (mountain gods), before it was time to whet one’s own whistle and transcend normal human existence, to rise closer to the gods and existential awareness.

Today, for many of the native “campesinos” living in the hills surrounding Cusco, “Chicha de Jora” is much more than a drink; it’s a cultural identity and lifestyle. The valley is stooped in ancient Inca heritage, which the locals proudly preserve by consuming the sacred potion (around S/. 0.50 or USD$0.20 / glass) representing their inherent connection to the land. Chicha de Jora is traditionally made and consumed in “chicherias” (small rural homes equipped with wooden tables and mud floors). The lady of the house would make her chicha and then erect a red flag atop the house, signaling that chicha is available. When returning from the fields the farmers would stop by, fill their glasses and say “Pachamama, santa tierra” paying homage to Inca traditions and beliefs. Next a scene, of banter and song would unfold as the merry men would gather around rustic wooden tables, and chat whilst enjoying the piping sounds of the Huayno music.

As a popular Andean highland homebrew, the concoction is produced through a series of methodical steps with the key ingredient being the Peruvian corn, choclo. Unlike the more conventional western corn that is smaller and sweeter, this super-sized corn comes in kernels that are bigger, fatter and juicier.

“Chicha de Jora” can be split into two categories:

• Natural: The natural and traditional method uses only the yellow corn choclo and no other added sweeteners or fruits, resulting in a much sharper and more acquired end taste. We recommend this for the more hardy, bearded cider drinkers.

• Fruit Flavored: Chicha de Frutilla (also known as Frutillada) is a sweeter version of Chicha de Jora, and a much safer option if you are feeling a little apprehensive about ingesting the Inca potion. Made with strawberries and blended with sugar, the Chicha de Jora has a pinkish color making it visually more aesthetic and easier on the palette. In theory many other fruits may be added such as beet, purple corn, apple or even peach. Let your creative juices flow.

Essentially, the process to make “Chicha de Jora” is the same as with regular beer, just slightly different. Following the authentic Peruvian method, the corn would firstly be milled and moistened in the chicha maker’s mouth to start germinating the maize. Unsavory as this may sound, all of the wort is boiled, killing any of the harmful bacteria from the questionable individual involved. Starting to sound more appealing? We thought so.

The malts are then left to ferment in large earthenware vats for several days, and depending on the end drinkers palette, Chancaca, a hard form of sugar (like sugar cane), may be added to help the fermentation process and sweeten up the beverage.

So, rather like a teenager trying their first sip of beer, we implore you to step outside of your comfort zone and raise your first glass of “Chicha de Jora” and pay homage to your Inca right of passage – salud! 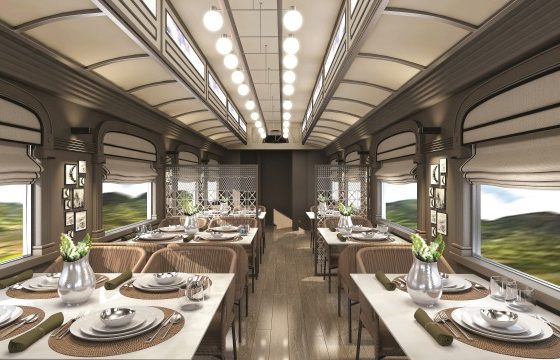 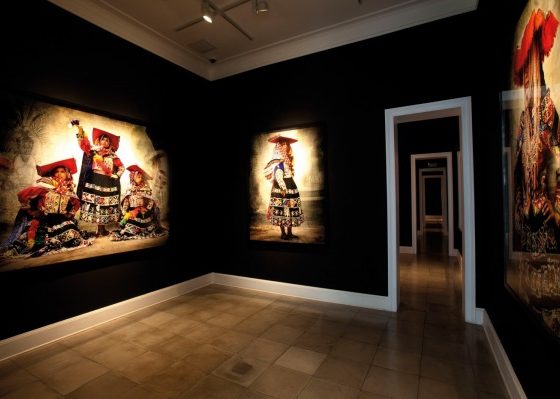 MATE: Peru’s Enchanting History in the Works of Mario Testino