Are you known to be an adventurous eater? If so, the Peruvian Amazon will provide fodder for your stomach – and imagination. While fish, fruit and fowl form the staples of an Amazonian diet, exotic additions in the form of protein-enriched grubs like Suri or grilled giant snails, are not to be missed.

Fresh water fish is one of the mainstays of the Amazonian diet. The most popular of these is Paiche, a large fish with smooth, white flesh. Paiche ceviche is quite simply exquisite and a delicacy in most Amazonian restaurants. On the streets of Iquitos and other towns, you cannot walk more than a few steps before finding someone simmering a patarashca on an open grill. Usually made from a fish called gamitana, a patarashca involves wrapping the fish in a banana leaf and allowing it to grill in its own fat.

Juane, named for the head of St. John the Baptist, because it is traditionally eaten during the feast of St. John the Baptist (and not because it’s his head on a plate). An earthy concoction of mashed rice or cassava along with meat, egg and olives, seasoned with spices, it is then wrapped like a parcel in Macaw Flower leaves, and boiled for an hour and a half of slow cooking. Widely eaten throughout the Amazon, Juane is a popular local favourite.

If you’re looking for dessert, pick up one of the exotic fruit that grow in these jungles. The orange avocado like Aguaje with a vitamin A content so high that it can turn your skin yellow if you eat too much of it, is commonly eaten with a pinch of salt. Camu Camu is like a grape on steroids – packed to the brim with vitamin C, while the locals believe that the Brazilian Acai’s Peruvian cousin, ungurahui, gives you “jaguar strength and monkey smarts”.

It’s not just the jungles of the Amazon that come to life at night. For an authentic Amazonian gastronomic experience, one must stay up after dusk and imbibe in a cocktail… or two… or ten, of the local brews at the bars in Iquitos.

The Amazon is known for its exotic mixtures of herbs touted to have stupendous aphrodisiacal qualities, with macerated sugarcane alcohol – with equally wild names, such as “Seven Times without Stopping”. If you’re looking for a little bite to take off the edge of the alcohol, try some grilled Suri, a fat, buttery termite like grub, a couple of giant jungle snails grilled to a crisp golden brown, or even alligator chicharron, crispy fried on a bed of plantains.

Is that beast called your stomach already growling? Call us to today to chart your gastronomical trajectory through the jungles of Peru. 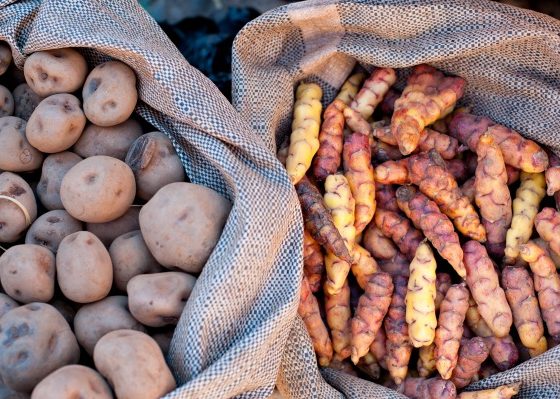 Quinoa or Kaniwa? Superfoods in the Peruvian Kitchen 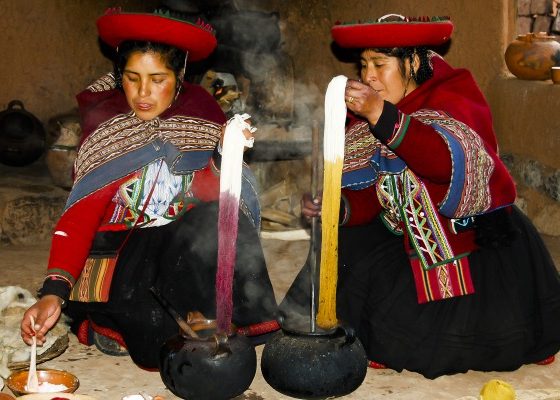