It’s not just that Peruvian cuisine is delicious (which it undoubtedly is). It’s that Peru’s indigenous foods pack a super punch of wholesomeness and healthiness that literally make Peru a foodie super-power. From the Andes to the Amazon, Peru’s rich nutrients have become a point of national pride and given it a prized position on the global gastronomic stage.

After its stratospheric rise to fame, Quinoa has become a global health-food staple. Its earthy nuttiness gives it an exquisite flavour in a variety of preparations, and its protein content is as high as that of milk, it has all nine essential amino acids that the human body requires, and its nutritional value is higher than that of other staples like rice, pasta or couscous. But while most people think Quinoa is a grain – its actually closer in relation to beets and spinach – and what we eat is its seed!

Wisdom comes with age – certainly where Quinoa is concerned. It was first cultivated over 5800 years ago in the Andes and was considered a sacred crop by our Inca ancestors.

Kaniwa – The Seed of Youth?

But Quinoa doesn’t exist alone. It’s close cousin, Kaniwa, is another Peruvian super seed. This hardy little plant thrives in the Andean highlands. Kaniwa embodies several of the same qualities as Quinoa, though its protective layer of Saponins is much thinner. Like Quinoa, Kaniwa too is gluten free. Kaniwa has been shown to contain exceptionally high levels of flavonoids, particularly isorhamnetin and quercetin. Kaniwa’s flavonoids have tremendous anti-aging benefits for one’s skin, promote cardiovascular health, and inhibit the growth of bacteria, viruses and inflammatory diseases in the body.

The Aji Peruano or the Peruvian Chilli is not one, but several, varieties of chilli peppers that have been long cultivated in Peru’s Andean regions. The Aji Amarillo (Yellow Chilli) forms the base of several Peruvian recipes and is perhaps the most common and widely found variety of chilli used in Peruvian kitchens – and rightly so! The Aji Amarillo is a super power in the super food ranks. It not only boosts ones metabolism, but has anti-bacterial, anti-carcinogenic, and anti-diabetic properties. It is also a natural pain killer and helps to balance LDL cholesterol levels in those who battle with obesity. It is high in anti-oxidents and flavonoids including Beta carotene, lutein, zeaxathin and cryptoxanthin. If you have the sniffles, ditch the orange juice and chew on an Aji Amarillo. Its vitamin C content is stupendous – just 100 grams provides 240% of one’s daily requirement! Other Ajis include the burgundy Aji Panca, the piquant Rocoto, the fiery Aji Limo, and the fragrant Aji Mirasol, which is dried out to extract the maximum flavor from it.

The Purple Potato – A Royal Repast.

The humble potato takes on an exalted status in Peru – where it originated and over 200 varieties of the tubor are cultivated in the country. But of these, the Purple Potato is known for its remarkable health benefits. Their earthy, nutty flavor belies the fact that they are exceptionally high in potassium, helping to regulate blood pressure. They have four times the antioxidents of a regular Russet potato. The Anthocyanin pigment that creates the purple hue in the potatoes is also an active antioxidant.

Camu Camu – A Shot Of Vitamin C To The Vein

Native to the Peruvian Amazon, the exotic Camu Camu berry is another wonder that can be found in Peru’s culinary repertoire. With ten times the Vitamin C concentration than the average orange, the Camu Camu is a staple boost to most Peruvians’ immune system. It grows along the river ways of the Amazon jungle and is harvested by communities that live in the forest and navigate these waters by canoe.

Explore the depths of Peruvian super cuisine as you travel across the country to their origin. From farm-to-table, to picnics in the Sacred Valley, to the finest cutting edge cuisine in Lima, we take you on a culinary journey of a lifetime – holistic, wholesome, healthy and heavenly. 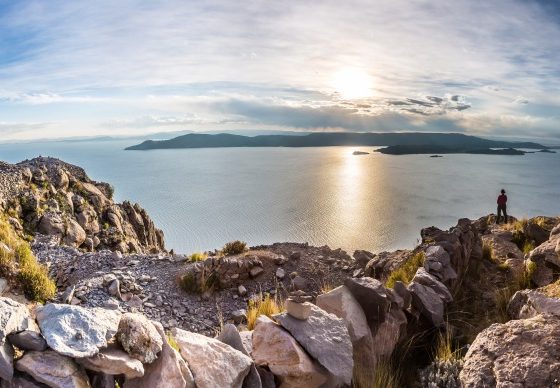 People to People: Peru from a point of view 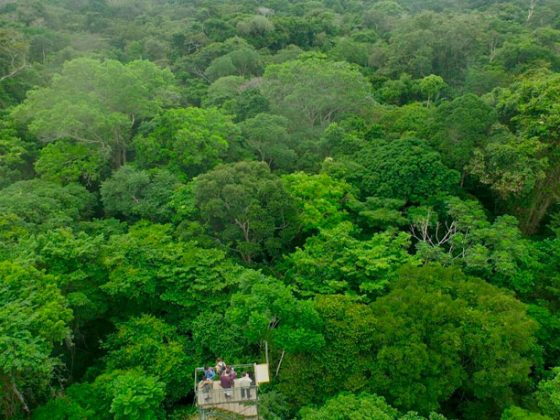