Pisco is an infamous Peruvian elixir that has a rich, complicated and passionate past. As Peru’s national spirit its origins and ownership have been the ingredients to fuel many heated debates right from the old wooden taverns, local Limenan bars all the way through to the international drinks scene. But before we raise our glasses, let’s get to the bottom of what it is that makes this complex concoction so special and the catalyst for an international uproar.

The history of Pisco can be linked back to the realm of the Spanish conquistadores, with many leading historians agreeing that the Marquis Francisco de Caravantes was the first person to import grapes in 1553 from the northwestern coast of Africa. It still remains the topic of much discussion as to where in Peru wine was first produced, but one thing we can be sure of is that in 1572, Alvaro de Ponce founded the town of Santa María Magdalena in the valley of Pisco. It was here that the epicenter of the trade route for this liquor began, and rather fittingly so the town subsequently was called “Pisco” as it is known today. One would think with a town named after the spirit, the case would be closed regarding its origin, but rest assured, Chile put up a worthy fight and only recently has it been recognized by the European Commission as having Peruvian patrimony.

Today, Pisco has become a source of national pride and patriotism, reinforced through its roots that are embedded in Peru’s earthy vineyards. Apart from its rich cultural importance, the Peruvian government strictly regulates its production by limiting amounts, so that quality is maintained and standards met. It is also mandatory that Pisco be distilled according to traditional, small batch methods in copper or pewter pots, ensuring that it adheres to strict purity laws. To warrant its “Peruvian” authenticity, the Pisco legislation explicitly defines that only 8 grape varieties can be used providing consistency and a stamp of authenticity.

There are three types of Pisco Puro (Pure), Acholado (a blend) and Mosto Verde (Green Must).

In the past Pisco Puro was made exclusively from the Quebranta grape, which is essentially what defines a Pisco Puro, as it may only be made from one single grape varietal. Depending on the grape that is used, Pisco Puro can be broken down into two types as shown below.

As their name suggests, these grapes have very little aroma and their real strength is not in the nose but in the mouth. Their splendor is when the Pisco is tasted rather then when smelled, and its different notes are released.

The aromatic types of Pisco are all about their aroma, and by definition tend to have floral and fruity notes providing a more sensory experience.

Pisco Alcholado is where family recipes come into play that have been passed down over the generations. The only rule that must be adhered to is that to be classified as a Pisco Alcholado, you must use two or more grapes from one of the accepted 8 grape varietals (aromatic and non-aromatic). Any percentage or ratio is permitted, meaning there are endless variations and blends waiting to explored and sampled. This has led to the birth of many different brands experimenting and pushing boundaries, which is why now this category of Pisco is one of the most fashionable and creative.

This type of Pisco is the smoothest and most velvety, due to its distillation process. To produce Mosto Verde, the fermentation process is interrupted and the juice distilled. When producing Mosto Verde you distill when there is still sugar present in the juice, which is the key difference and secret with this blend. With the other types of Pisco you let the fermentation process turn all the sugar in the grape juice to alcohol, resulting in a different flavor and experience on the palette.

It was from these three categories of spirits that the concoction of Pisco, the Peruvian lime, egg white and bitters extracted from the bark of a Peruvian tree, led to the birth of the Pisco Sour. Despite having rather foggy origins, the Pisco Sour is said to have been first made in the late 1920’s in the Morris Bar in Lima, and not by a Peruvian, but by an American, named Victor Vaughen Morris. Originally, the drink was made as an alternative to the Whiskey Sour, but when Angostura bitters and egg white were added the drink officially made its mark.

In true Peruvian style and in honor of the Pisco Sour, two official public holidays were declared in tribute to the elixir. The day of the Peruvian Pisco (El Día del Pisco) happens on the 4th Sunday in June, and on the first Saturday in February locals will celebrate the Peruvian Pisco Sour. This day tends to be the bigger event with local viñedos and bodegas pisqueras (vineyards and pisco wineries) taking part in the festivities, seeing the spirit of a nation at the heart of raucous parties, colorful festivals and vibrant crowds. 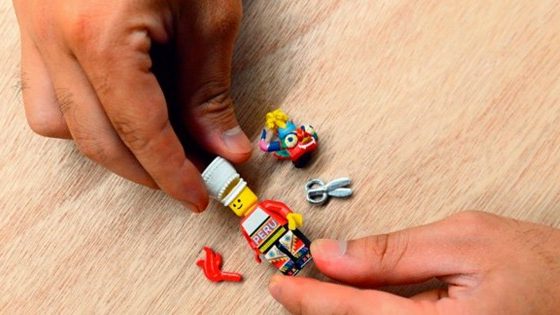 Why You Need A Peruvian Handcrafted Inca Lego in Your Life 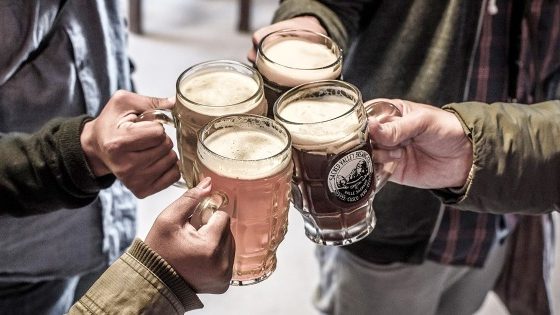 Inside Peru: A Guide to Peru’s Best Craft Breweries