As one of the current trending super foods from Peru, the maca root has lots of excellent properties and uses!

The maca root (Letpidium meyenii) is a plant that is grown in central Peru, way up on the high plateaus of the Andes Mountains. Maca flourishes in harsh climates due to its ability to withstand very hot temperatures as well as frost.

The maca root has many excellent uses that date back to pre-Inca times. In fact, this root vegetable played an important role in traditional medicine and food of ancient Peruvians. To the Incas, maca was considered so valuable that its use was restricted to the royal court, though to enhance their stamina and strength, Inca warriors would consume large quantities of the root before going into battle. When the Spanish arrived, the maca root was imported to Spain where it was used by the Spanish court for its energy-giving and nutritional properties.

Over time, the maca root fell out of use, though its production and the knowledge of its properties lived on amongst the indigenous people of the Peruvian Andes. Today, the maca root is receiving an influx of popularity and is even being praised as a super food for all of its great medicinal benefits.

The part of the maca plant that is consumed and holds the active nutrients is the fleshy root that resembles a radish. The root, or tuber, contains over 20 amino acids, fatty acids, natural sugars, iron, potassium, iodine, magnesium, calcium and fiber – all of which contribute to maca’s many medicinal properties. The benefits of the maca root include increased fertility in men and women, hormone balance, strengthened immune system and increased energy, memory and focus. In fact, maca is often referred to as Peruvian ginseng due to its natural stimulating qualities.

Perhaps the most important property of the maca root is its ability to treat the symptoms of menopause. As a woman’s body meets middle age, it experiences natural hormonal fluctuations that are associated with a variety of symptoms, including hot flashes, loss of libido, mood changes, sleep problems and more. Because maca is useful in regulating hormones, many women take maca supplements to help ease this important transition in life.

Overall, maca is an incredible Peruvian super food with a fascinating history of use and properties that are extremely relevant today. All around the world, powdered maca or maca supplements can be purchased for medicinal purposes. However, in the Andes Mountains of Peru, maca can be prepared many different ways. It is often baked or roasted, prepared as a soup, or used to make a traditional fermented drink called maca chicha. Because of maca’s thick fibers and goitrogen content, it can cause gastric disturbances if consumed raw. For that reason, when eaten as a vegetable, it is best when cooked or dried, though when taken medicinally, maca is most commonly consumed in capsule or powdered form. 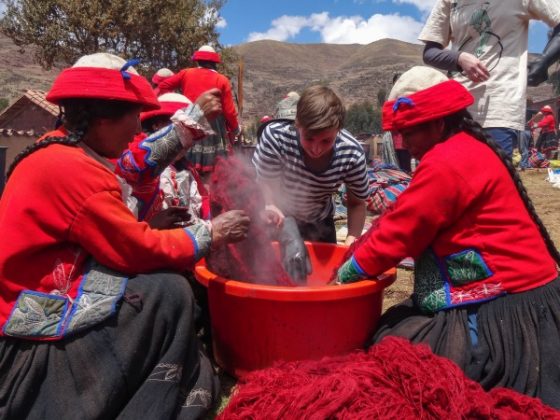 Colors of the Andes: Dyeing Wool the Peruvian Way 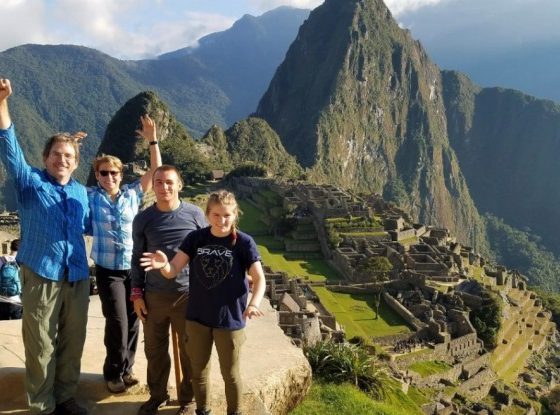