Chaccu and the Sacred Vicuña

As a protected species in Peru, Chaccu is a humane and ancient method of obtaining wool from the sacred vicuña.

The vicuña is the smallest of the South American camelids and is one of two species of camelid that is not domesticated. The animal lives in the plains of the high Andes, at altitudes of more than 4,000 meters (13,100 feet) above sea level. 80% of the world’s vicuñas live in Peru within large natural reserves where the Andean communities take great care to protect this sacred creature.

The animal has quite a beautiful appearance. With reddish-brown wool covering the majority of its body and creamy white fur on its chest, the vicuña is graceful and delicate, roaming free across the dramatic landscapes of the Andes. When you see vicuñas in the wild, it is easy to understand why these animals have been prized by Andean cultures for hundreds of years.

To pre-Hispanic cultures, vicuñas were considered sacred animals and were never used as sacrifice. Instead, the animal would be captured, sheared for its wool and released again into the wild. During Inca times, textiles made from vicuña wool were reserved only for royalty and the Inca emperor would only wear garments made of elaborately decorated vicuña wool.

When the Spanish arrived, they brought with them diseases, introduced new species and damaged the vicuñas natural environment. On top of that, the vicuña became threatened by excessive hunting which drove the animal to near extinction. It was only as recent as the 1960’s that regulations were put in place to save the vicuña in Peru. Thanks to protection programs, especially in the reserves of Pampa Galeras and Salinas y Aguada, the vicuña is making a comeback in Peru and throughout South America.

While the vicuña is protected today, its wool is still incredibly valuable. One kilogram of luxurious vicuña fur can be sold on the market for approximately US $500. But rather than hunting the graceful creatures, the people of the Andes perform an annual shearing ritual called the “Chaccu,” a method of catching and shearing the vicuña that was developed by ancient Andean civilizations and is still utilized today.

During the Chaccu, the Andean people create an enormous organized community chain in which they herd the vicuñas into an enclosure. The people walk with rope extended between them while waving flags, producing noises with instruments and shouting “chaccu!” as they close in on the wild vicuñas. Eventually they will surround the animals completely and guide them into the enclosure where they are sheared. Vicuña fur grows very slowly, so each animal can only be sheared once every two years. Once the vicuñas have been sheared humanely without suffering any harm, they are released back into the wild and regrow their hair to be donated for a future Chaccu.

The Chaccu ritual is a surprisingly advanced and humane way to collect the valuable vicuña fibers. Because of this ritual, the vicuñas are spared and we can still create gorgeous garments from their wool. If you’re traveling in Peru and would like to take home a vicuña garment, at Enigma we recommend buying the most high-quality items from stores such as Kuna and Sol Alpaca.

⟵ BACK TO JOURNAL 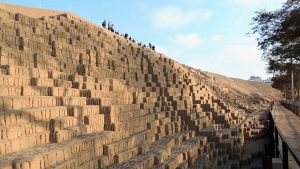 When traveling to Lima, whether for pleasure or work, most visitors stay in or nearby 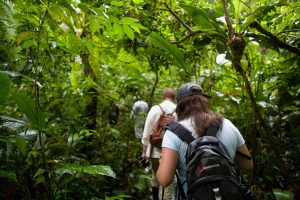 Thinking about trekking in the Andes? Here are some tips to lighten your load. With 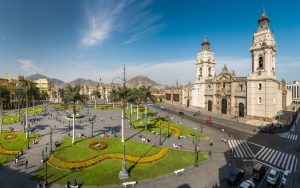 The first stone of Lima’s Plaza de Armas was placed on January 18, 1535, founding

Subscribe to our email newsletter today to receive updates on the latest news, tutorials and special offers!