Seen in every convenience store and marketplace in Peru, Inca Kola has a unique taste and a fascinating history.

In 1910, the Lindley family emigrated from England to Peru, settling in the Rimac district of the nation’s capital. The family founded a bottling and soft drink marketing company in Lima and began producing carbonated beverages. While selling other beverages, Lindley began experimenting with a recipe that includes hierba luísa and lemon verbena. Come 1935, with a line of soft drinks already in production, the company introduced a new beverage to the Peruvian market. The sweet concoction was called Inca Kola and it was an almost immediate success, gaining huge popularity among the people of Lima’s working-class districts.

Inca Kola gained huge ground among the Peruvian population by getting in touch with the people’s national spirit. Using patriotic iconography and slogans which emphasized its position as the Peruvian soft drink of choice, by 1972 it had a strong foothold all across Peru and was ideally situated to compete with Coca-Cola. To promote Inca Kola, the Lindley family first used the slogan “La bebida del sabor nacional” (“The drink of national flavor”). From that, other similar slogans were born, including “Es nuestra, la bebida del Perú” (“It’s ours, the drink of Peru”) and “El sabor del Perú” (“The taste of Peru”).

Despite years of trying to dominate the Peruvian market, Coca-Cola was simply unable to outsell Inca Kola. Inca Kola cleverly made its way into the mom and pop shops by offering incentives and marketing assistance to the owners. Its cheaper price, national identity and uncanny pairing with Peruvian favorites such as Chifa, made Inca Kola a fierce competitor of Coca-Cola in Peru. Because Coca-Cola wasn’t able to outsell their Peruvian rival, in 1999 the Coca-Cola Company and Lindley entered a strategic alliance in which Coca-Cola purchased 50% of the Inca Kola brand.

Peruvians love Inca Kola. There is a sense of pride attached to the national brand that couldn’t be overtaken by Coca-Cola. Today, the popular yellow soft drink can be found in every part of the country. When you visit Peru, you won’t have to look far to find Inca Kola. It is available in most restaurants, supermarkets and tiendas throughout the country. For travelers, you either love or hate this super sweet drink. Many have described its taste as being similar to bubble gum. But personal preferences aside, there is no doubt that Inca Kola is the beverage of choice of Peru. Even though it may have somewhat British roots, Inca Kola is Peruvian through and through. 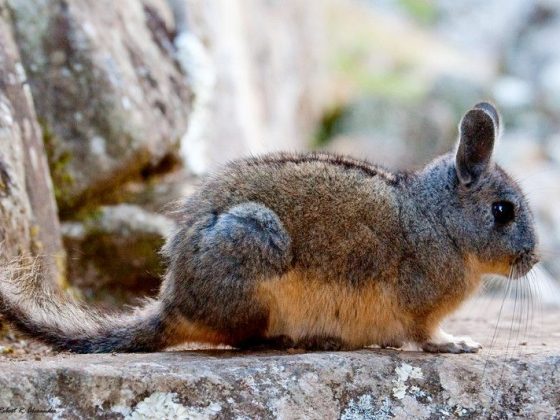 The Chinchillas and Viscachas of Peru

Chaccu and the Sacred Vicuña